What Marriage Therapy Can Teach You About the Markets

Don’t worry. I am not in counseling. 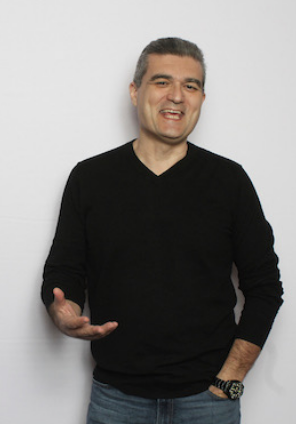 My relationship is fine, thank you very much, because my wife and I naturally do two things that all therapists seem to prescribe - we give each other plenty of space and we accept rather try to change each other’s behavior.

But I am not here to talk about my marriage, instead, I want to discuss Esther Perel’s marriage therapy podcast - “Where Should We Begin?” which contains a wealth of wisdom for any relationship you have, including the one with the market. You may not have heard of Esther, but she is definitely internet famous with a TED talk that has been seen more than 13 Million times and a best selling book called Mating in Captivity.

Every week Esther does a therapy session with a troubled couple that she then edits into an hour-long podcast. The podcast has the voyeuristic pull of a detective story as she prods and pulls the hidden bits of each person’s background to create complex and fascinating explanations for why we do the things we do.

But mostly the podcast is remarkable for the throwaway pensees that Esther dispenses throughout the show in her Belgian accented English. One of her key ideas is that “You can either be right or you can be married.” which any successfully married person will tell you is eminently true.

In markets, this can be summarized as “You can either be right or you can be profitable.” The more I trade the more I appreciate the absolute truth of that idea. For the longest time, I believed that you needed to trade with large negative risk-reward ratio because you needed to be “right” to win. But as I started to develop systems that move closer and closer to even money bets I realized that being right is hugely overrated.

If you can learn to accept your spouses worst habits your marriage will be much happier. No matter how many “tweaks”, no matter how many “behavioral adjustments”, no matter how many “talks” you have your spouse is unlikely to change. People almost never change their core self and neither do the markets. Capital markets, in fact, are far more efficient and far less pliable than people and that means your opportunity for profit is more limited than you think. I used to always tell traders that you can win big or you can win often, but you can’t win big often. Now I’ve come to accept that your edge can be even slim yet viable. If you can win 55%-60% on even money bets you will be set forever but that means you must be accept losing. A lot. Trades come in streaks and a 55% edge can easily result in 4,5,6, sometimes even 7 losers in a row and still be viable.

Which brings me to my favorite Esther Perel saying - be reflective, not reactive.

Anyone who knows me for more than a minute knows that I am the embodiment of reactive behavior. There is no debate I won’t join, no argument I won’t start, no fight I won’t jump into at a moments notice. And of course, that behavior spills over into trading all the time. Did I get stopped out? Well, f- that, I am going in again, at double the size because the market is full of morons and doesn’t know what it is doing. Of course, reactivity rarely succeeds.

So today I tried something different. Today was ECB day and after Draghi’s lame attempt to bluster his way through what is clearly a hemorrhaging Eurozone economy, I was convinced the euro should fall. It did initially, but the drop was shallow and I was stopped on the rebound. Pissed, I re-shorted again but price refused to buckle. That’s when I decided to take Esther's advice to trade reflectively rather than reactively. One of my oldest and truest trading rules is that if funda points one way and price goes the other trust price. Much as it pained me to do so at that moment, I reversed the trades in the late afternoon NY session even though I saw no reason for why the pair should rally. Of course, rally it did, because sellers ran out of orders and dealers were able to squeeze the late shorts for 20 pips into the close. Thank you very much. Acting reflectively beats acting reactively anytime.

As traders we spend all our time looking at some logical construct to beat the market, forgetting that at the core trading is a psychological rather than a logical enterprise. Our relationship with the market is a kind of marriage. In some cases that relationship may be even more durable and more intense than with our spouse. To trade well we all need Esther Perel’s therapy from time to time in order to keep the spark alive.